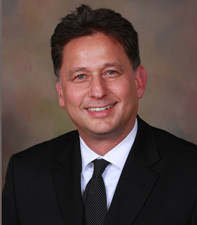 Ben has practiced law for more than three decades, and his hard work and commitment in aggressively helping employees and individuals is well recognized in and around the Portland Metro Area. Ben started his career representing numerous Federal Agencies including the Bonneville Power Administration and the National Oceanic Atmospheric Administration. Upon leaving Federal employment in 1987, Ben began his career as a plaintiff's employment attorney. In 1990 he opened his own office where he assisted clients on a range of matters including employment and personal injury. His goal is to provide employees and other clients the superior legal representation that counters a defendant's "big firm." 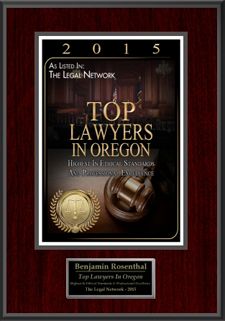 Over the years he has refined his practice to focus solely on defending employees from suffering unlawful employment actions. Among others, Ben has successfully assisted clients in recovering for civil rights violations, unwanted sexual harassment, disability discrimination, medical leave, race/sex/gender discrimination and harassment, wage and hour disputes and a number of other employment related legal issues.

Ben represents injured employees and plaintiffs in both Oregon and Washington. He is licensed to practice before the federal and state courts in Oregon and Washington. He is also admitted to practice before the Ninth Circuit Court of Appeals. He also assists employees at administrative hearings before agencies in the States of Washington and Oregon including the Oregon Bureau of Labor and Industries, Unemployment Insurance, and the Equal Employment Opportunity Commission.

He is an avid Bicyclist, Hiker and Kayaker.

www.oregon.gov/BOLI - This is the State of Oregon Bureau of Labor and Industries' home page on discrimination complaints in Oregon; 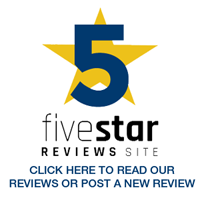 READ THE STORY IN WILLAMETTE WEEK

Russian immigrant sues over firing, shirtless photo of him riding a bear